Posted on October 26, 2022November 17, 2022 by Barbara Ručigaj Aljančič
Sun, sea and 120 boats from 24 countries!
The Rolex Middle Sea Race Malta is one of the three largest and most prestigious regattas in the world. The participants are sailing around Sicily, including the active volcano of Stromboli, the pirate island of Lampedusa, in the Mediterranean, Ionian and Tyrrhenian seas. This year the sailing is calmer due to light winds, but it can also get very wild.

The Karpo team consists of seven young boys (some only at heart) and the boat’s owner, Andreja. They all have trained bodies (take a good look at those sixpacks) to be able to sail 600 miles day and night for several days in a row. 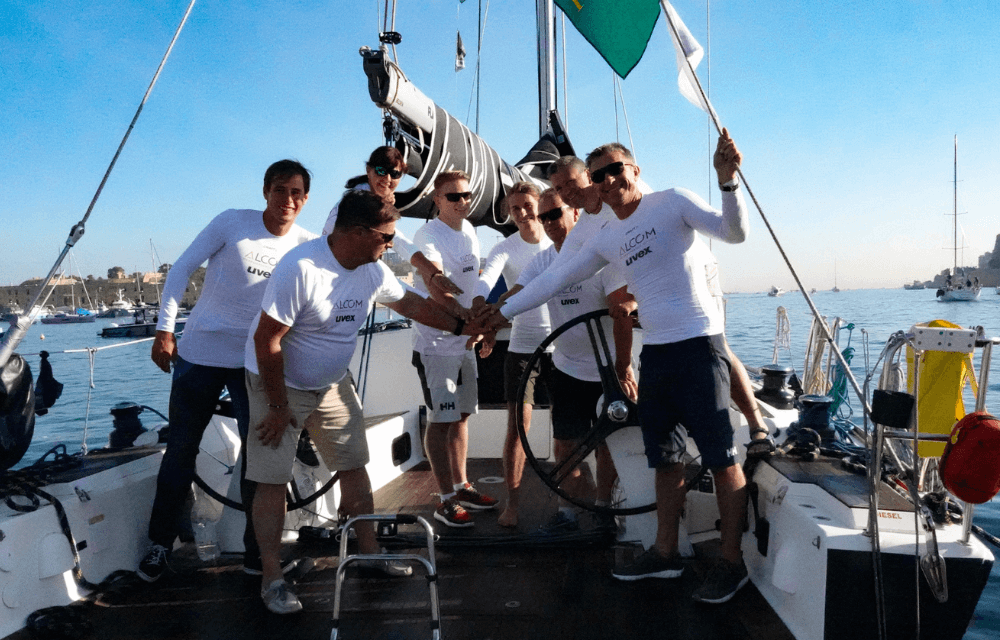 The team was equiped with sunglasses by uvex and Alcom optics ensured that everyone could see well in all light conditions. The glasses they wear are Sport Transitions XTRactive Polarized, which means that they darken to approx. 87% and have the polarisation effect during the day, they are brightened in the evening and can therefore also be used at night. The glasses are special because they are polarised only in dark state. 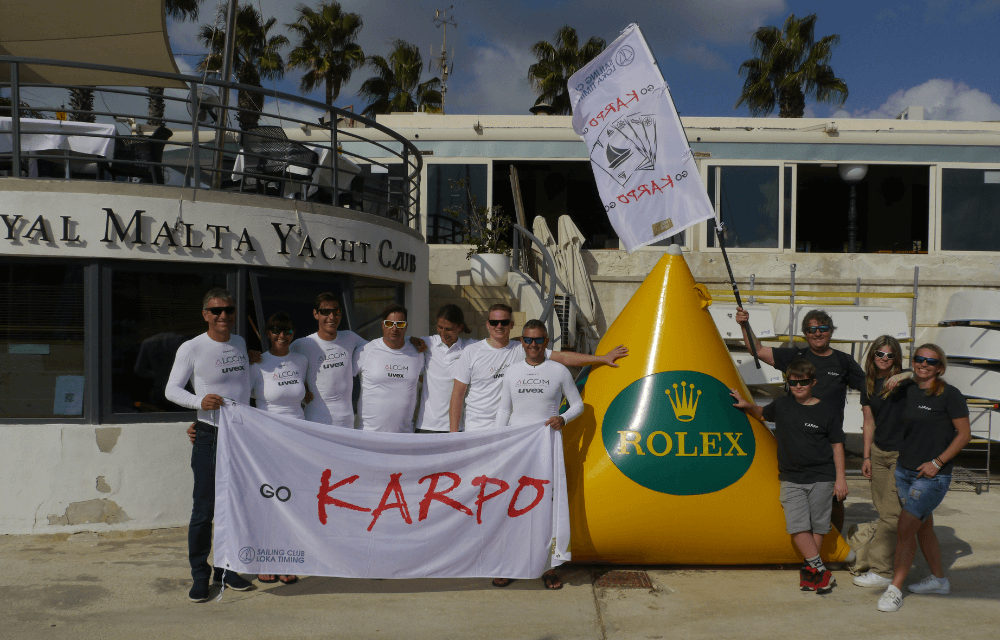 Slovenian fans supported the team. They waved national flags, banners and cheered hard for our team. We could be heard far and wide, so that official speakers and other teams noticed it!

Alcom is a Slovene company producing high-quality corrective lenses. We are an independent family company with 30. years of experience in ophthalmology.